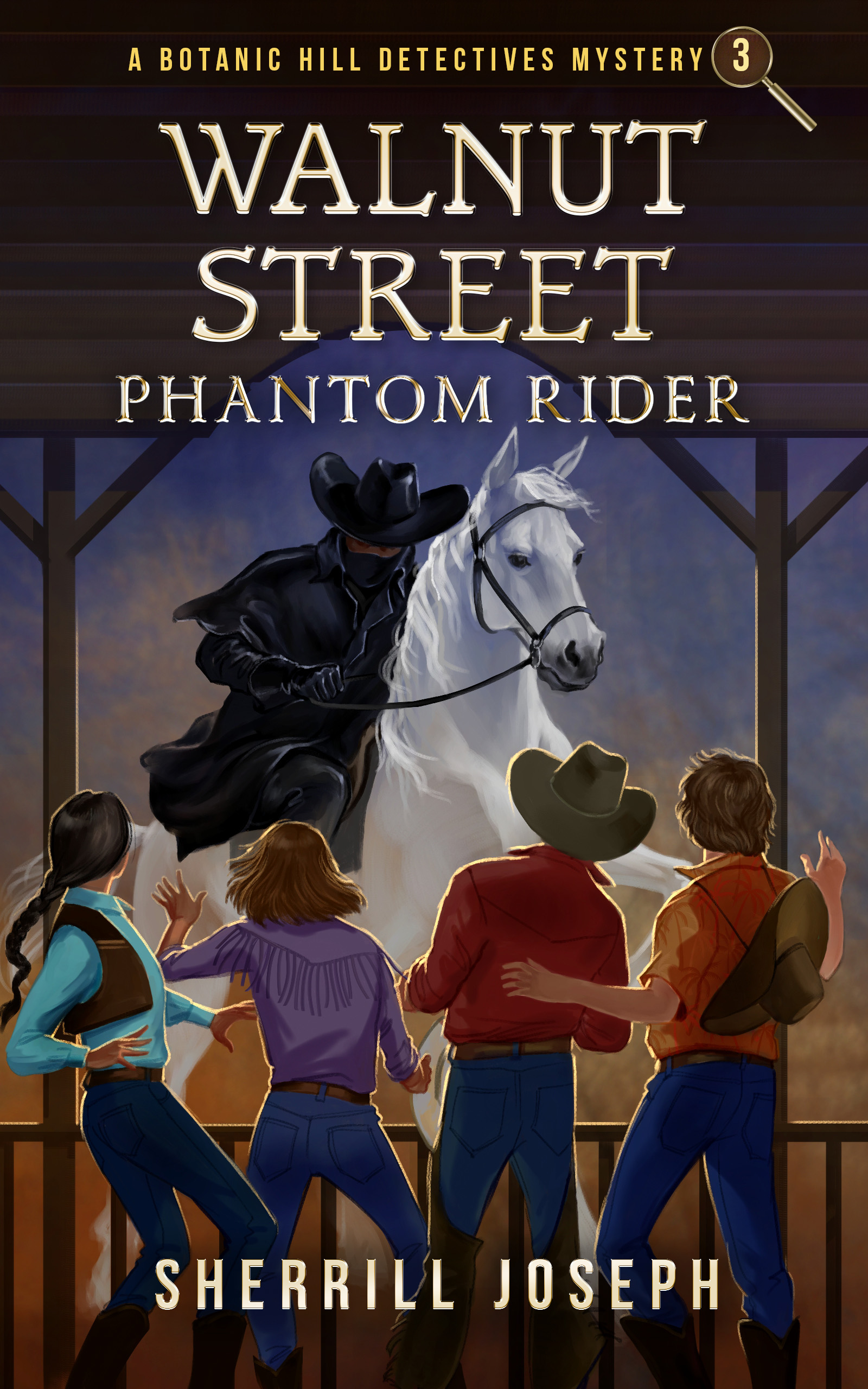 Author: Sherrill Joseph  Category: Bookstore, Middle Grade/Children's  Disclosure: Some links may be affiliate links. We may get paid if you buy something or take an action after clicking one of these. Buy Now
Description:

Objects of value have been disappearing from the Mayfield family’s rural California horse ranch. The Botanic Hill Detectives—Moki Kalani, Rani Kumar, and twins Lanny and Lexi Wyatt—are hired to come for a week to investigate.

Legend has it somewhere on the Mayfields’ forty-acre property is a long-lost gold mine. It was supposedly staked by thirteen-year-old Ben Mayfield’s five-time great-grandfather, “Papa” Mayfield, in 1875.

Adding to the excitement, a nervous Ben reveals a frightening secret to the detectives. At the ranch, he alone has seen a threatening black-clad figure on horseback whom he calls the Phantom Rider. Who is this mysterious person? Is he responsible for the thefts? Where is the lost gold mine? And what’s going on in the nearby, snake-infested ghost town of Rainbow Flats? The four intrepid detectives aim to find out.