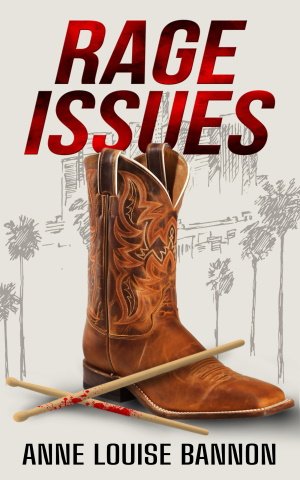 All Daria Barnes wants to do is produce plays, but can’t make a living at it. So, her best friend, private investigator Berto Esparza, talks her into working for him as his associate investigating the death of Larry Ochoa, drummer for country-western star Luke Winston.

Then Berto is seriously injured in a hit and run that was probably not an accident. and Daria gets tagged with keeping the Ochoa investigation going long enough for Berto to recover. More importantly, she needs to find out who wants to kill Berto.

No surprise, the bad guys are practically taking numbers to take Esparza out. And Luke Winston is not only keeping tabs on Daria, he’s showing more than an appropriate interest in her, especially after Jay Swanson, Luke’s young assistant, disappears.

It doesn’t matter how many people are reminding Daria that she’s a natural at the investigation game, she feels completely out of her element. As the leads go nowhere, the suspects get meaner. Daria struggles on, and eventually finds the path to a suspect who isn’t just enraged. He’s desperate.