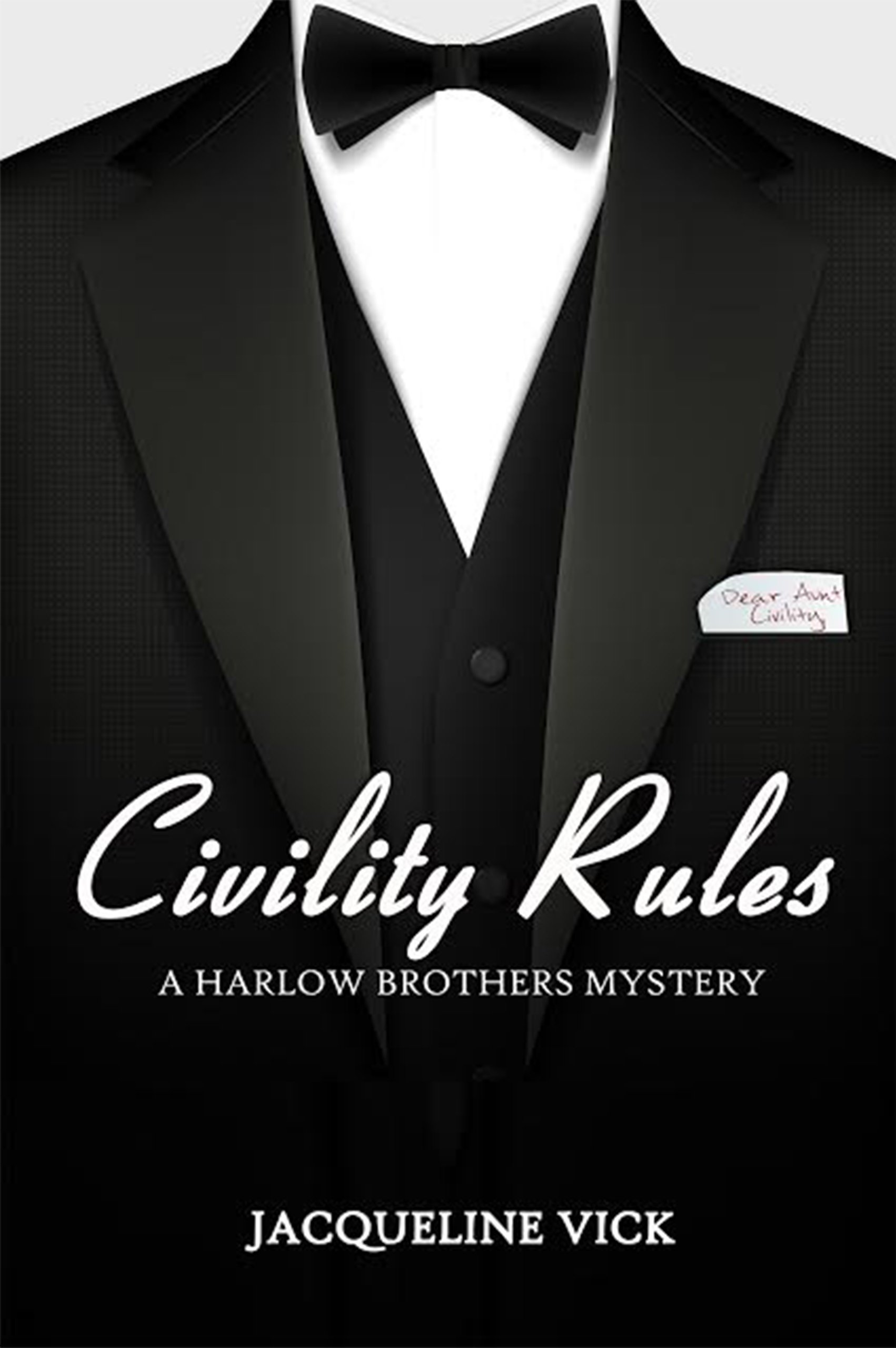 Everybody loves Aunt Civility’s etiquette books. However, no one but her secretary, Nicholas Harlow, has ever met the author. That’s because the genteel, grandmotherly Aunt Civility is in reality his short-tempered older brother, Edward, who gives lectures as the official representative of the allegedly agoraphobic author.

One such event is scheduled to take place at the isolated Inglenook Resort. The guests are snowed in before the attendees arrive. Then a dead body turns up in the room next door, and Edward is in danger of losing his manners. Nicholas convinces him they should team up to solve the crime, but soon teamwork turns into competition. Nicholas will do whatever it takes to outwit his brother, but as the body count rises, so do his chances of becoming the next victim.