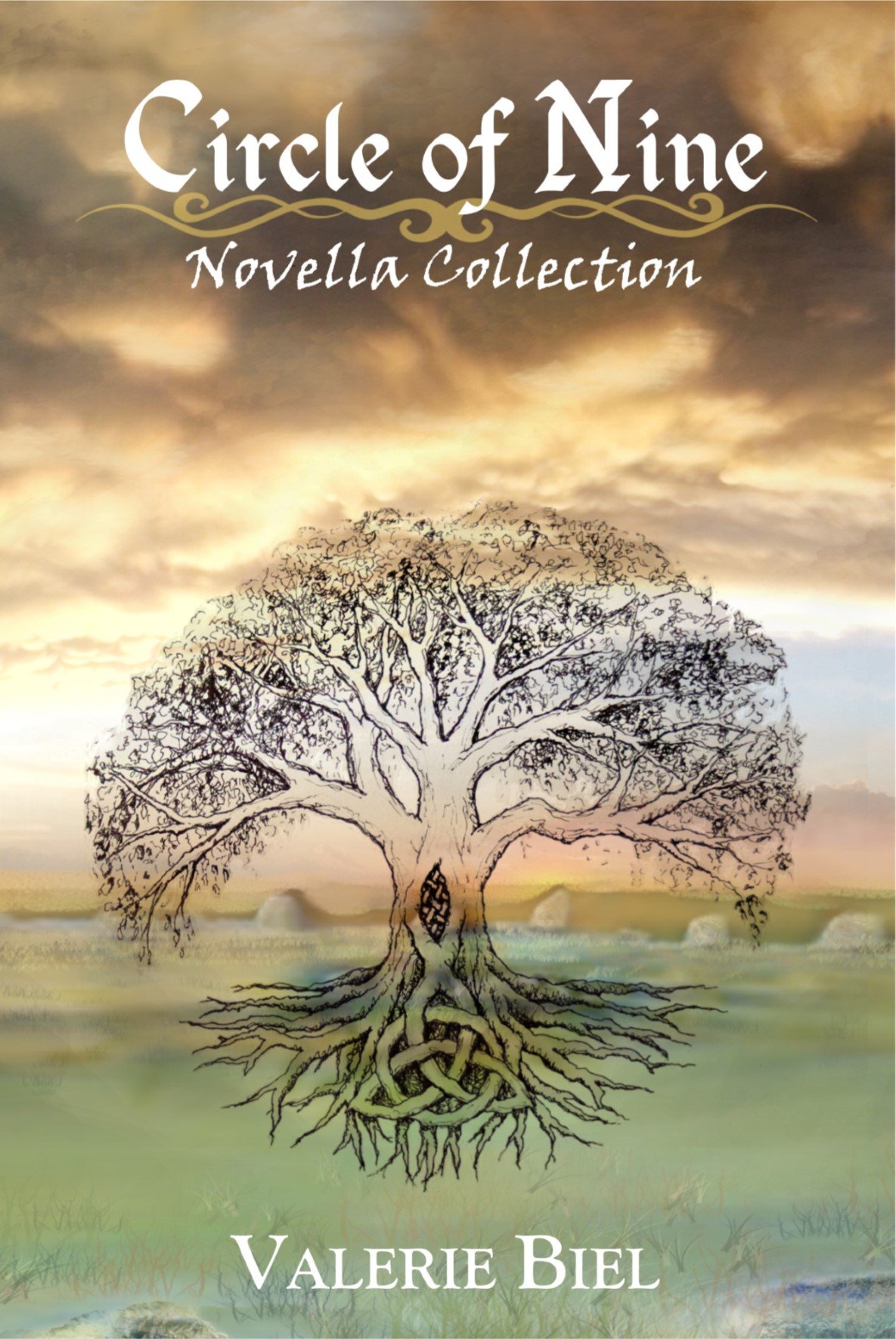 Descended from a legendary Celtic tribe that guards the secrets of the ancient stone circles, the Quinn women have a great responsibility to protect their pagan rituals and way of life. As members of the formidable Circle of Nine, they celebrate the holidays of the year from Yule to Samhain, keeping the traditions of the Tuatha de Danann alive through the centuries against insurmountable odds. We first met these women in Circle of Nine – Beltany, and now a set of three novellas reveals more of their engaging stories.

In Bressa’s Banishment the power struggle between Father Banan and village healer Bressa Gormley unfolds amidst accusations of treachery, heresy, and murder. Can the Circle protect their trusted healer and the path of the Tuatha against a growing religious fervor?

Dervla’s Destiny brings us to medieval Ireland where the beloved character Dervla Quinn learns of her gifts and fights tremendous loss, betrayal, and violence, all the while never giving up on finding the love she deserves.

In Phoebe’s Mission, when an evil force on a quest for ultimate power threatens the Circle of Nine, Phoebe Quinn must leave Ireland for the first time and travel to the United States to protect their way of life. Along the way, she meets the handsome Macklin Scott, taking her mission, and possibly her future, on a far different course than expected.